U.S. Leadership is on Clear Path To Socialism-Communism 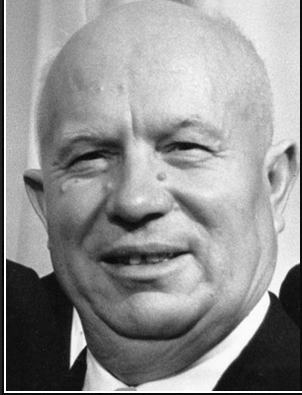 There is a concise list of items that would need to be executed in order to establish socialism in the United States. Many items on that list are now checked off. I found this little instructional gem, which was written in the late 1950s, so appropriate for today. Some attribute it to Khrushchev who they say said it on his 1059 visit to the United States. Researching this I am not so sure about that but it was definitely written in the 1950s or early 1960s. What Khrushchev did say:

“Your children’s children will live under communism, You Americans are so gullible. No, you won’t accept communism outright; but we will keep feeding you small doses of socialism until you will finally wake up and find you already have Communism. We will not have to fight you; We will so weaken your economy, until you will fall like overripe fruit into our hands.” “The democracy will cease to exist when you take away from those who are willing to work and give to those who would not.”

Here are the eight steps listed in the 1950s to make America a socialist/communist state. As you read this think about what you are seeing today.

There are 8 levels of control; read the following recipe:

1) Healthcare – Control healthcare and you control the people.

2) Poverty – Increase the poverty level as high as possible. Poor people are easier to control and will not fight back if you are providing everything for them.

3) Debt – Increase the debt to an unsustainable level. That way you are able to increase taxes, and this will produce more poverty.

4) Gun Control – Remove the ability to defend themselves from the Government. That way you are able to create a police state.

5) Welfare – Take control of every aspect (food, housing, income) of their lives because that will make them fully dependent on the government.

7) Religion – Remove the belief in God from the Government and schools because the people need to believe in ONLY the government knowing what is best for the people.

8) Class Warfare – Divide the people into the wealthy and the poor. Eliminate the middle class This will cause more discontent and it will be easier to tax the wealthy with the support of the poor.