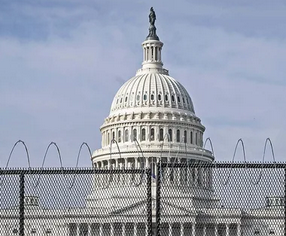 When Google was started I remember they lived by the motto “Do no harm”. I really liked that, the fact that they knew the influence a search engine could have, and the harm it could do if abused. Google was going to be minimal, non-bias, and useful. What a great concept. My how times have changed since then.

Over the decades I have started several web sites and have a pretty good idea how Google should react and where pages will wind up when searched in Google. Now that the Center-US site has been around a while the traffic being driven to this site is very low to zero from Google. Other search engines indeed are sending traffic to the site…hmmmm. So a little experiment was performed. Yesterday an article was posted entitled Our Representatives are killing it in the Stock Market. This post is non-bias and strictly shows how congress people are investing. The post was submitted to Google but should have been picked up automatically anyway when Google bots search the site each day. Google was the ONLY search engine the post was directly submitted to. This is important to remember for later as it should have assure Google saw the page before any of the other search engines.

That all being done the next day a search for the page was done using the following search term “Our Representatives are killing it in the Stock Market“. Normally this would result in easily finding the page in the search engines. Here are the results.

BING; It is the first item at the top. Number one in the search

DuckDuckGO ;Again It is number one in the search

AOL .com; Number one in the search

This is not unique, this is a pattern for pages on Center-US. What does this tell you? Well it could be that Google has decide this site is not communicating the message they want. The other search engines do not seem to have a problem with it. The site does try to be moderate but the Biden administration is so bad trying to write positive posts about them is practically impossible. In addition the massive shift in the Democratic party away from the middle, to the left and socialist woke-ness is not something this site will shy away from posting about.

This appears to have twisted somebody’s nose at Google or could be a general policy. I could be totally wrong but you be your own judge. Is Google assuring that certain sites with certain posts or political positions are buried in the searches or even totally erased? Do some experiments with other search terms on various search engines. I think you will be surprised at what you find.

One other interesting point is the Google shows the following as the top two sites for this search:
Why stocks soared while America struggled

The Stock Market Is an Engine of Civic Destruction – The New …

Those are rather interesting as the top two findings and seem a little bias and dark, not to mention wrong. They do however seem to show a pattern of painting America in a bad light. You be the judge, look for yourself. Be aware your view of the world comes from the information you see. If you only see certain viewpoints that are fed to you in a bias way you could come to the wrong conclusion, for example America is bad, and Socialism is good. It pays to keep this in mind and make sure you see all the information, not just a biased viewpoint.

America’s future is in your hands.