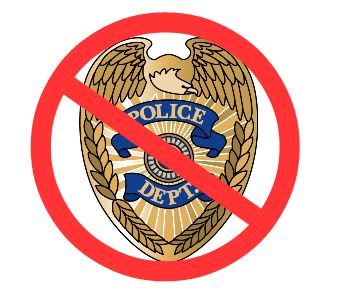 Gang leader Julio Senfrana has declared himself head of the local police after the City Council of El Stupido in Southern California de-funded the police force last January. Senfrana stated he and his “crew” would act as the local police enforcement agency for the city from this point forward.

Mr Senfrana and his “crew” of “officers” occupied the former police headquarters after the existing force was told to leave by the El Stupido Mayor and the building was vacated. Once re-occupied, the new tenants stated the place was “pretty dope” and had a “shit ton of f-ing guns and ammo”. Of special interest was the evidence locker which according to them contained “enough churro to make bazuko blunts for everyone!”

The Mayor called into action the newly imagined police replacement force. This force has been coined the “Woke Humanitarian Authority Committee on Knowledgeable Extended Discussion” or “WHACKED” for short. The WHACKED team stated that they sent in one of their best negotiators to meet with Senfrana and his team concerning the issue of his gang assuming the role of law enforcement for El Stupido.

The WHACKED leader, who said it identifies as a male called Paul Pergwe, stated that the WHACKED team tried some of their strongest negotiation tactics to persuade Senfrana give up his bid to assume enforcement authority over the city and its people, but were unsuccessful. Pergwe explained these tactics included using excessive niceties and more specialized tactics such as:

And of course the most powerful technique in their arsenal:

The Mayor having acquiesced to the authority of the Senfrana crew now states that the taxpayers will have some additional monthly “enforcement” taxes added. These will be paid directly to Senfrana to assure that the city is kept safe. Senfrana stated that anyone who did not pay these new taxes would be dealt with, and their protection could not be assured.

By taking the lead in the de-funding of the police, the El Stupido model is the future for law enforcement in America. A study was commissioned by the Biden administration, from the Foundation for Executing De-funding or “F-ed”, their slogan being “We are F-ed”. This study shows the new police model is the most progressive and has been wildly applauded by the Congressional Squad. America should thank the woke progressive left for this and look forward to future gang rule and extortion that, up until only now, third world nations have had.

While this post is obviously farcical there are sadly some real grains of truth, and perhaps predictions of the future if de-funding the police moves forward as our progressive leadership desires. If implemented as they desire the result could indeed not be much different than this post has attempted to outline. In reality how could it be much different? In the absence of a police force others would fill the vacuum. They would not use words and psychologists to enforce their policies. America is at a turning point, we need to stay on the straight and narrow and not allow the progressive socialists to turn the direction of our country, and experiment with our lives and future.