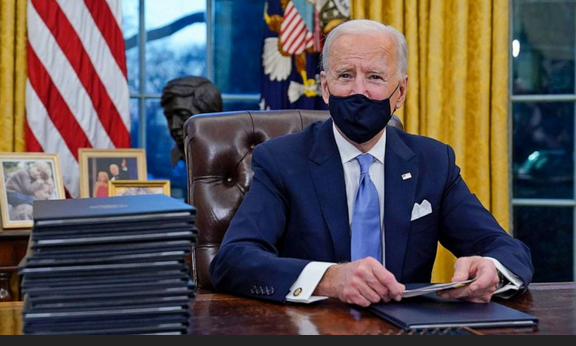 In the past the Democrats had an issue with the definition of basic English words. I don’t know if you remember President Clinton asking the examiner to “Define no”, it would have been quite laughable if it was not so sad for our country. Now there seems to be an issue with the definition of the word bipartisan or bipartisanship. If you look up what bipartisanship means in Wikipedia you find “The adjective bipartisan can refer to any political act in which both of the two major political parties agree”.

Today President Biden and his administration had the following to say:

“If you looked up ‘bipartisan’ in the dictionary, I think it would say support from Republicans and Democrats,” senior Biden adviser Anita Dunn told the Washington Post. “It doesn’t say the Republicans have to be in Congress.”

Biden senior adviser Mike Donilon said the president’s new definition of “bipartisan” was “an agenda that unifies the country and appeals across the political spectrum.”

So lets think about that for a moment. We elect our representatives to represent us in Washington D.C. President Biden now says that the people in Washington D.C. do not represent the people. His administration isacting in a bipartisan way even of no one from the Republican side supports them because the Republicans in American” outside D.C. do. Lets tie half of our brains behind our back and assume the people we vote to represent us and our priorities for some reason no longer do, and anything done in D.C. is not reflected in the officials placed there by the people. Going with that assumption what data is President Biden and the left wing looking at that makes them believe the rest of America outside the beltway think the proposals they are putting forward are good? Are they going to take national votes to make sure they are right? Do they have some new perfect polling system that assures them they know exactly what people want? Do they have a crystal ball or magic potions that make them able to divine the answers? No of course they don’t. They want to give their followers and anyone not paying attention the perception that they are somehow being bipartisan while they enact dictator like executive orders and pass laws with no support outside their party.

This is disgraceful and displays even more evidence the Democratic-Socialist party wants to force the country to bend to their will. They do this with no thought as to what any other party wants, what the rest of the country wants. They are doing it without worrying about the future elections because they are working hard to make sure they tilt the scales by changing rules rather than earning votes.

Moderates, and reasonable people, know you have to build a consensus. Unilateral dictatorships are started by manipulation of the existing systems, twisting of words, changing rules, and yes changing the definitions of words. We are seeing it in action now. People blinded by TDS, or those unthinking and backing anything the left does ultimately will regret it. At some point these kinds of trends start to feed on their own. By the time the fools who supported it realize what is going on it is to late. Progress is made by cooperation and listening to both sides. That is what we need, it definitely is not what we have right now.