Biden is so bad even CNN and MSNBC cannot hide it. 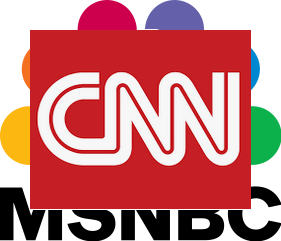 The moderates who voted for President Biden have to know they are why he is in office now. They also now know they were lied to and have been taken for a ride. I could go on and on about the way they were fooled. They thought he was a moderate, he would reach across the isle, he would be more transparent and more “Presidential”. Now they know all of those things are not true. Putting that aside his leadership as well as the incompetent of his administration cannot even be hidden by the left wing media who worked so hard to elect him. CNN, MSNBC and the other left wing “news” channels were forced to point out how horrible the planning and execution of the Afghanistan withdrawal was, the crisis at our southern border which is constantly being glossed over by Biden are now being pointed out by the left wing media. His constant and obvious mental impairment, the handling of him during press conferences..I could go on and on.

The failures are so bad they cannot cover them up or paint them in a positive light. I would say it is fun to watch them turn on someone they protected for so long but I wish it was not so. We need good leadership and we are not getting it. Biden may well go down as the worst president in history, definitely in living memory. What this means for moderates is we will have to hope the country can hold it together until the mid-terms and then finally after that remove this inept administration. The bad orange man may have sent out mean tweets, and could have used some training to improve his messaging but if he were in charge the country would be in a much better place right now. The Moderates who voted for Joe know this, and they need to look at Biden’s performance and vote accordingly.

Are Joe and the democrats taking the country in a direction you like? Are they unifying the country? Is the economy doing well for you? Do you feel safer? Is the world a safer place? Do you agree with the open boarders? Think about these things when you are on the fence. There has to be a better way, what we have now is an embarrassment and a fraud.